The network is made up of interdisciplinary scholars from the following institutions: 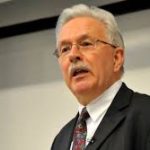 David Hulme is Professor of Development Studies at the University of Manchester where he is Executive Director of the Global Development Institute and CEO of the Effective States and Inclusive Development Research Centre. He has worked on rural development, poverty and poverty reduction, microfinance, the role of NGOs in conflict/peace and development, environmental management, social protection and the political economy of global poverty for more than 30 years. His main focus has been on Bangladesh but he has worked extensively across South Asia, East Africa and the Pacific. 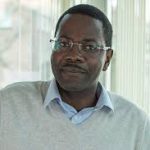 Dr Admos Chimhowu  is a Senior Lecturer at the Global Development Institute, School of Environment, Education and Development and Manchester Urban Institute, School of Environment, Education and Development. He is the Principal Investigator for this network. Having started his working life with ENDA-Zimbabwe (a Non-Governmental Organisation in Zimbabwe),he has spent the last 24 years researching, teaching and consulting in the field of Development Studies. The last 14 of these have been spent working as an academic here at the GDI  where he is a senior lecturer and deputy director of the Doctoral College. Over the years he has developed collaborative links with various organisations and formed productive links with major development actors like DfID, BRAC International, Save the Children International, the UNECA, and The British Council.

The School of International Development and Global Studies, The University of Ottawa – Canada 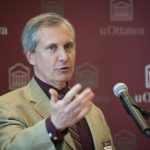 Professor Lauchlan Thomas Munro is an Associate Professor of International Development and Global Studies in the Faculty of Social Sciences at the University of Ottawa. He is a socio-economist and manager. Before joining the University of Ottawa, Lauchlan served as Vice-President at Canada’s International Development Research Centre (IDRC) from 2008 to 2012. From 2004 to 2009, he was Director of Policy and Planning and Chief of Staff to the President of IDRC. From 2000 to 2003, Lauchlan was Chief of Strategic Planning with UNICEF. Lauchlan also worked for UNICEF in DR Congo, Zimbabwe, and Uganda.  From 1985 to 1987, he was a member of the Royal Bhutanese Civil Service.  Lauchlan is a two-time graduate of the University of Toronto, and he earned his Ph.D. from the Institute for Development Policy and Management at the University of Manchester.

Nasser Ary Tanimoune is an Associate Professor of International Development and Global Studies in the Faculty of Social Sciences at the University of Ottawa. He has a Doctorate in Economics from the Université d’Orléans (France) and has done post-doctoral research financed by CNRS at the Centre d’Études et de Recherches en Développement international (CERDI), in Clermont-Ferrand (France). Ary Tanimoune is the first laureate of the Abdoulaye FADIGA Price awarded by the Central Bank of West African States (Banque Centrale des États de l’Afrique de l’ouest, BCEAO) in 2009. His work deals mainly with financing structures (banks, microcredit and tontines) and their effectiveness in developing countries. He is also working with other CERDI researchers on the impacts of fiscal policies and economic convergence in West African countries. His on-site contributions range from teaching to developing a quantitative analysis software package, the latter during a stay at the Cellule d’Analyse et de Prospective en Développement de Niamey, in Niger (CAPED). 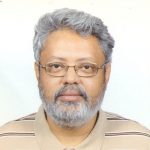 Dr. Binayak Sen is the Research Director at the Bangladesh Institute of Development Studies. His research interests relate to the economics of poverty and income distribution, anti-poverty policy, social development, privatization and financial sector reforms, informal trade, ethical issues of development (with focus on “social justice” and “civic empowerment”), and colonial history (with focus on “history’s lessons for development”). He has a number of publications in national and international academic journals, including Bangladesh Development Studies, Economic Development and Cultural Change, World Development, Economic and Political Weekly, and Asian Development Review. He has also contributed to several edited volumes including Bangladesh: Promise and Performance (2000); State, Market and Development. Essays in Honour of Rehman Sobhan (1996); Rethinking Rural Poverty: Bangladesh as a Case Study (1995); History of Bangladesh (Economic History) (1992); Privatization Trends and Experiences in South Asia (1991); Debt Default to the Development Finance Institutions: The Crisis of State-sponsored Entrepreneurship in Bangladesh (1991); Modernization at Bay: Structure and Change in Bangladesh (1991); The Decade of Stagnation: the State of the Bangladesh Economy in the 1980s (1991). He joined BIDS in September 1986, and has been involved in a number of research projects since then, especially in the areas of poverty, income inequality and human development. From June 1993 to December 1994, he worked as Long-term Consultant in the Operations Evaluation Department (OED), and later, the Poverty and Human Resources Division, Policy Research Department of the World Bank in Washington, D.C. between 1998-2000. Binayak Sen has been involved in policy-advising, taking part in a number of national committees, which include his role as the Member of the Macroeconomic Consultative Committee to the Ministry of Finance. Binayak Sen

Sarah Ssewanyana holds a PhD in Agricultural Economics from University of Sydney, Australia; Masters in Science in Agricultural Economics from University of Manitoba, Canada; and a Bachelor of Statistics (Hons) from Makerere University. Sarah joined the Economic Policy Research Centre (EPRC) in March 2003 as a Senior Research Fellow and later appointed as a Principal Research Fellow in 2008. In 2009, she was appointed the Executive Director of EPRC. She has steered the Centre to be recognized as one of the globally renowned policy think tanks. Sarah is a well-grounded researcher with extensive experience in policy-oriented economic research. She has extensively researched on poverty, food security, health, education and social service delivery, among others. She has a number of peer-reviewed publications and working papers in the above research areas. Prior to joining EPRC in March 2003, Sarah was at the Institute of Statistics and Applied Economics, Makerere University where she had lectured to graduate and undergraduate students for more than 10 years. She was an external examiner to masters and PhD dissertations for the Uganda Management Institute, Makerere University and University of Sydney, Australia. Sarah has served on various boards/committees. Currently, she serves as a member of the: Uganda National Panel Steering Committee; Presidential Economic Council, Expanded Board of the National Planning Authority; and Uwezo National Advisory Committee, among others. Sarah Ssewanyana

The University of Ghana

Institute of Environmental Studies, The University of Zimbabwe 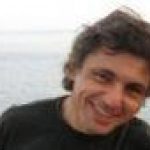 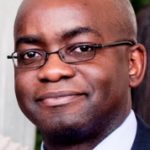 Sam Munzele Maimbo, a Zambian national, is Senior Adviser in the office of the Managing Director & Chief Financial Officer, IBRD/IDA. He supports the MDCFO with the strategic oversight of Finance Vice Presidencies (Risk, Development Finance, Financial Reporting and Treasury) responsible for financial and risk management strategies of the World Bank and reporting of its financial conditions; and fostering the development of new and innovative financial products and services to increase the mobilization of private and public financial resources. Mr. Maimbo also supports Finance Partners international dialogue on financial standards and best practices.

Since joining the World Bank in 2001 Mr. Maimbo has worked on a diverse range of operations and countries and held various positions, including working as a Financial Sector Specialist in South Asia (4 years), Africa (5 Years) and Europe and Central Asia (2 years) Regions and as a Practice Manager for Strategy and Operations in the Finance & Markets Practice. His most recent assignment was Practice Manager for Long-Term Finance & Risk Management (Agriculture Finance & Insurance, Capital Market Development, Disaster Risk Finance, Housing Finance, Infrastructure Finance, Pensions & Insurance and Climate Finance) in the Finance & Markets Practice Global Practice.

Mr. Maimbo holds a Ph.D. in Public Administration (Banking) from the University of Manchester, an MBA in Finance, (University of Nottingham), a BSc. in Accounting (Copperbelt University, Zambia) and is a Fellow Chartered Certified Accountant (FCCA, UK). Prior to joining the World Bank, he worked at the Bank of Zambia and PWC.